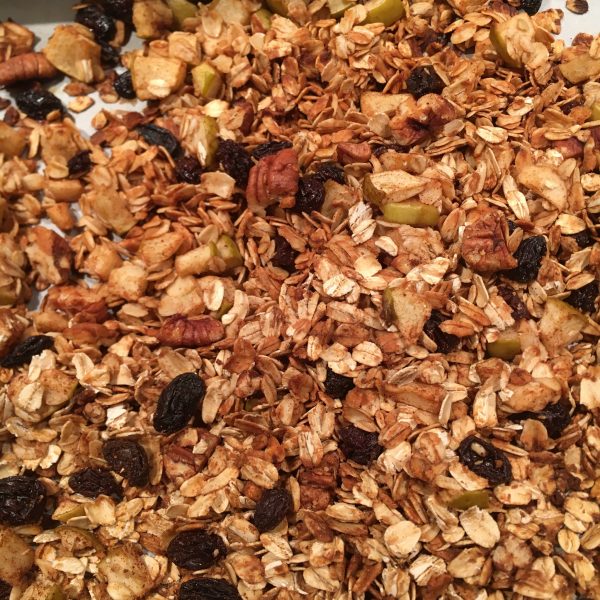 Heat honey and oil in small saucepan over low heat; cook, stirring frequently, for 2 minutes or until oil has melted. Add extract; mix well. Set aside.

Place on prepared baking pan; spread evenly in a thin layer. Bake for 25 to 30 minutes, stirring every 10 minutes, or until granola is light golden brown and crisp.

Cool granola completely (it will get more crisp as it cools). 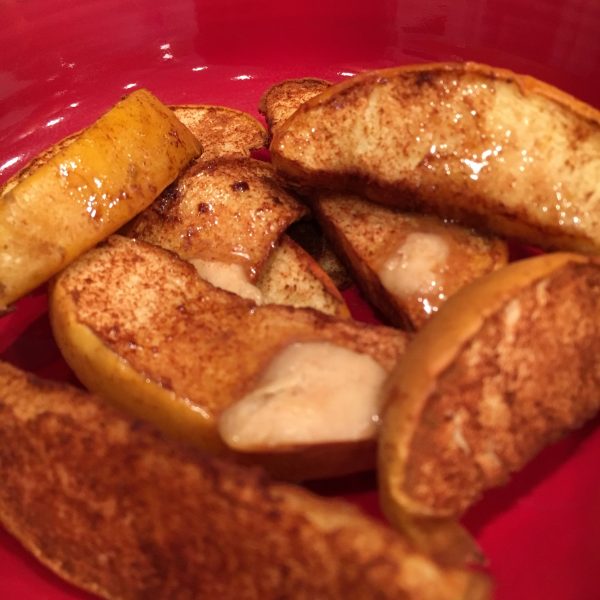 Core and slice apples. Toss in cinnamon. Line a baking sheet with parchment paper. Place apples in a single layer on pan. Bake for 20 minutes. Top with a small pat of cinnamon honey butter. 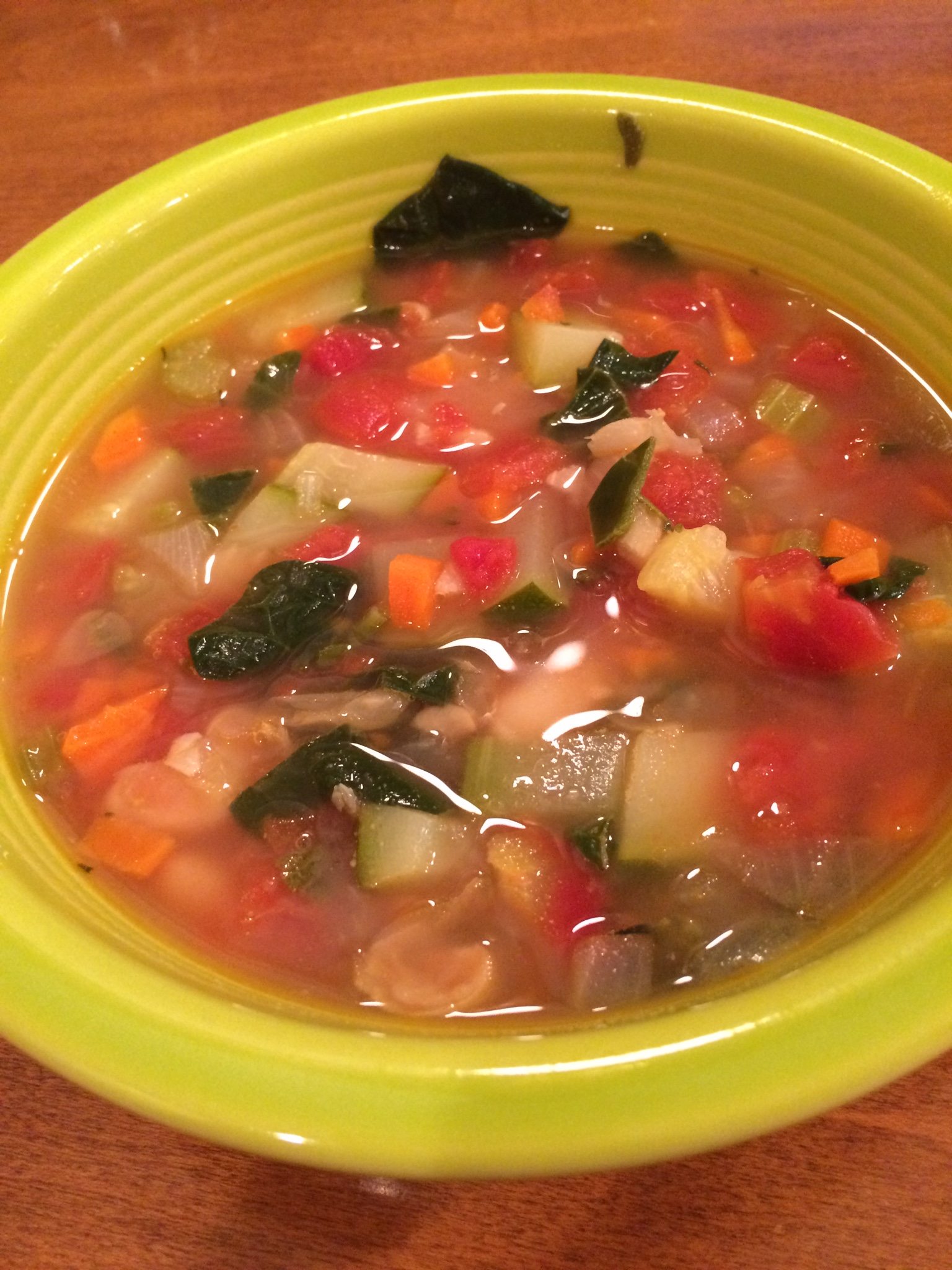 I think one misconception of eating healthy is that good food has to taste boring. Therefore, our tastebuds tend to automatically protest to anything with the word “vegetables” in it....